QCOSTARICA (Revista Summa) The increase in fixed and mobile Internet connections, in a large part of 82 cantons, is boosting competitiveness levels in Costa Rica, as revealed by the second study of the National Competitiveness Index (NCI), prepared by experts from the Council for the Promotion of Competitiveness (CPC). 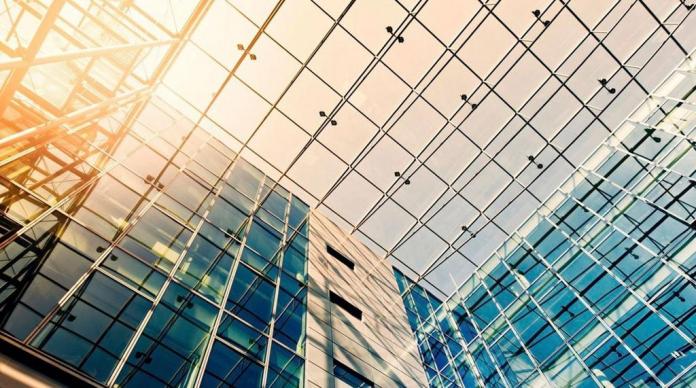 According to the study, the connectivity indicator stands out in the final results for two reasons: the increase in the number of fixed broadband Internet subscriptions and the improvement in the performance of 3G mobile services, given the number of providers that the Costa Rican market has.

For example, the number of fixed Internet connections increased by more than 66,000 connections, between 2020 and 2021, which translated into a growth of 6.7%. This growth has benefited 49 of the country’s 82 cantons.

The report was presented on Monday, November 28, at an event attended by the Vice President of Costa Rica, Stephan Brunner, and the Secretary General of the Economic Commission for Latin America and the Caribbean (Cepal), José Manuel Salazar-Xirinachs.

The President of the Promotion Council, Mónica Segnini, explained that “the National Competitiveness Index responds to a latent need on the part of many actors, who needed solid, reliable and at the same time practical data, in order to take investment decisions, execution of projects and other types in the territories of the country. As CPC, we are pleased to be able to offer this index to all sectors, both in the report that we prepare and in the data that we make available to all via the index website”.

This year, the DCI included 123 indicators, which were combined to briefly show the level of competitiveness of the different territories that make up the country. The indicator includes measures in six pillars: institutions, infrastructure, information and communication technology (ICT) adoption, health, skills and competencies, and market dynamism.

The transport infrastructure dimension – on the infrastructure pillar – is the one with the weakest relative results. This implies that the cantonal road network is in poor condition and requires more investment for its proper maintenance.

The ICN points out that the degree to which a municipality verifies the quality of the work carried out on the cantonal road network under its responsibility increases competitiveness. For example, the amount of investment is higher for very competitive townships (3.5 million¢) than for emerging, limited or poorly performing townships (2.8 million¢, on average).

Recognition of cantons outside GAM

In this second competitiveness index, the performance of five cantons that presented an improvement in competitiveness, influenced by important values ​​such as health, connectivity and education, stands out.

In the overall ranking, 12 cantons obtained a very competent level of performance. The first canton is Montes de Oca (San Pedro) with 68.2, which for the second consecutive year remains in this position; followed by Heredia with 68.1; and Belén with 67.9.

Another 22 townships are ranked in the Emerging State, i.e. they perform well in some pillars and dimensions, but perform poorly in many others, giving them a wide window opportunities for growth and improvement.

Finally, 18 cantons were placed in the limited performance category, as they show low levels of competitiveness in most of their dimensions, and 6 others are in the lowest part of the ranking, with poor performance or low scores. very low obtained. in all its dimensions and pillars.

Border cantons such as Talamanca, Los Chiles and La Cruz stand out for their weak performance in terms of competitiveness. But in addition to these, the ICN has shown that there is a low-scoring geographic region that connects neighboring townships; Turrubares, Garabito and Parrita.

The National Competitiveness Index has been developed and published every year since 2021, and the instrument is so versatile that it not only qualifies and compares the different cantons with each other, but also details the strengths and weaknesses of each canton, in each area assessed.

For the implementation of this study prepared by the Council for the Promotion of Competitiveness, with the sponsorship and commitment of the Coca-Cola Company, the financial conglomerate Banco Nacional and the Universidad Latina de Costa Rica (ULatina), as well as the support of the Central American Bank for Economic Integration (Cabei).

William Segura, director of public affairs, communications and sustainability of Coca-Cola Central America, said that “the national competitiveness index to be published by the Council for the Promotion of Competitiveness is not limited to traditional indicators , but rather incorporates a dimension on the commitment of the cantons to sustainability, a crucial issue to guarantee that our territories not only strive to produce more, but also to do so with respect for the environment, even though today only 12% of waste is recovered for recovery. For this reason, from Coca Cola, we are joining the effort to develop this valuable index”.

María Brenes, director of institutional relations and sustainability of Banco Nacional, considers that “the National Competitiveness Index is valuable because it allows communities, and the country in general, to focus on policies and actions aimed at improve their quality of life and, consequently, to better investment and business opportunities for the creation of businesses and jobs. With these initiatives and with our business model “Together we are close, human, sustainable”, of the financial conglomerate, we maintain our decisive role in working to support the development of the country, generating economic value, taking care of the environment and leaving a positive image marked all Costa Rican society.

The Rector of ULatina, Rosa Monge, emphasized being part of the CPC, “because we find it an ideal space for discussion, for analysis, for the study of all those questions that have an impact directly on the economic growth, development and competitiveness of our country.The CPC bases its management on fundamental pillars such as education, business growth, government management and also social development, and we know that the academy can make very important contributions and we are making very important contributions so that we have the necessary inputs and information so that the CPC can make impact proposals for this development and for this growth of our country”.

Read the original, in Spanish, on Revista Summa.