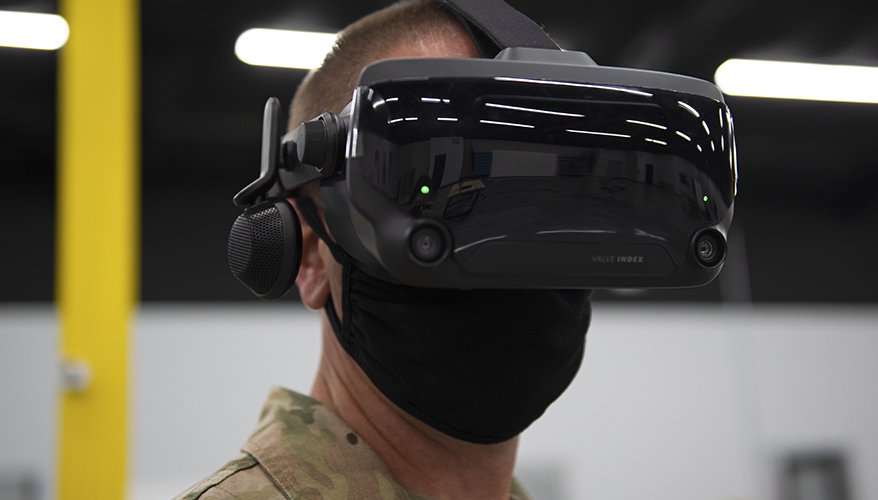 Orlando Florida — Training simulators have come a long way and facilitate a growing range of scenarios, but special operators say they still need more reality and variety in simulators, as well as collaborative and online training tools. improved network.

Special Operators described some of the important advances in modeling and simulation and what they want to see from the technology during a panel discussion Dec. 1 at the annual Interservice/Industry Training, Simulation and Education conference of the National Training and Simulation Association in Orlando. The NTSA is affiliated with the National Defense Industrial Association.

Major Brent Birchum, an operations officer with the 3rd Marine Raider Support Battalion, served in Iraq in 2017. He recalled a clearance operation against ISIS in Mosul with US and Iraqi forces maneuvering with armed air assets.

“So in this scenario, I thought that was probably the pinnacle of what a battlefield commander would have to balance – this ability to collect, identify threats moving through the area in real time, while tracking the battle and simultaneously clearing the area,” he said.

He then worked with the Air Force Research Lab and Marine Corps Special Operations Command, which have simulation capabilities capable of replicating much of what he experienced in Mosul. The next step, he said, is to add more complexity to intelligence and information operations in the simulated environment.

“And where I think there’s a lot of room for improvement is infusing intelligence into this virtual environment,” as opposed to having instructors scripting and role-playing, he said. he declares.

The demand signal is there to introduce intelligence scripting into virtual environments, he said. Developers need to think about how to replicate intelligence reports and concepts such as target confidence in simulations.

“So it’s about developing those layers of complexity for the training audience,” he said. “My perception is that the demand signal is there…it’s just a question of gender, who will be able to do it best?”

He compared the current sham training to a soccer team practicing drills from the 2-meter line. “You can get a lot of good reps and sets from that,” he said. But it would be better “to bring the ball back to the 50-yard line, where you really have to develop that scenario for the commander to make those decisions,” he said.

In addition to adding intelligence tasks to simulations, there is a need to rapidly replicate operating environments, he said.

“I think we’re getting a lot of good information about what a peer-to-peer fight would look like. It’s the ability to replicate that in a virtual environment and then use that in our wargaming efforts,” he said.

One of the important functions of simulated training is to enable some risk-taking and contingency planning and training, he and other panelists said.

“It’s not every day that you experience one of these catastrophic events. But you don’t want to wait for that to happen to find out that you could have learned something in the virtual environment,” he said.

Chief Petty Officer Oran Feiner is responsible for the Joint Tactical Air Controller program within the Navy’s Special Warfare Boat Operator Force. He said simulators have come a long way since he started working with them in 2014. They’re great for internalizing JTAC functions by rote, but simulators can’t replicate the emotional aspect of live training, did he declare.

“There’s an added stress when you’re on the radio, you’re finally going to say, ‘Hot erased’, even though it’s a practice track…there’s something in your mind that’s telling you pause and assure you—do I have all my ducks in a row here? We don’t think it’s a simulator,” he said.

This leads to a tendency for operators not to take simulated training as seriously, Feiner said.

“And that’s fine, but as long as we understand that both of these things have a role, particularly in the JTAC realm, one will probably never replace the other.”

The other shortcoming of simulators is the lack of environmental factors that force trainees to adapt, he said.

“One of those things I’ve seen a million times – we’ll go into a simulator, and they can lay out their gear,” he said. “As soon as we are on the range, we will do the same with their maps and other equipment, and the first gust of wind throws their plan out the window. And it’s really fun for me to watch.

“One of the reasons they provide such value to us is the format in which their products are delivered, run from a standard laptop that we have and allow us to be expeditionary,” he said. he declares.

“They also have the ability to feed those datasets into our full motion simulators,” he said. “And the end result is just increasing our situational awareness at the end of the day and hitting the target and mitigating risk significantly.”

Going forward, maintaining the portability and flexibility of training systems and devices is critical, he said. “Adding another CONEX full of proprietary boxes that’s going to require someone to support and maintain…that’s a no-start,” he said.

“It has to be something very mobile, and not proprietary in any way, shape or form and running on equipment – laptops, tablets, phones – that we already have in question to be valuable “, he added.

Currently, most of the tools Cosson’s regiment uses are single-player simulations. “I think if we can develop that and make it more of a multiplayer gaming environment [it] would be a huge added value, especially for SOF due to the joint nature of our missions and the number of players involved in everything, every mission we do.

Since forces are rarely collocated before an operation, a collaborative and networked environment is all the more important, he said.

Lt. Col. Heather Demis, of the Air Force’s 492nd Special Operations Wing, said the tools exist to conduct collaborative training, but the problem is often connecting the tools, which is mostly a matter of bureaucracy and authorities.

“It’s just about getting that connection and getting past the cybersecurity and all the proprietary information,” she said. “If we can get past that part, there are so many opportunities to connect with our NATO partners. There are drills we can do in Germany…so for me it’s frustrating, the ability is there.

Additionally, active duty personnel lack the training and knowledge to navigate the system to develop requirements and engage with developers to ensure the right capabilities are developed and acquired.

“I personally don’t have the training or the qualifications to come out and say, ‘We have to have this requirement,'” she said. “I don’t know what I don’t know. …And if we don’t have the required training, or at least the basic understanding, we’ll never get there.